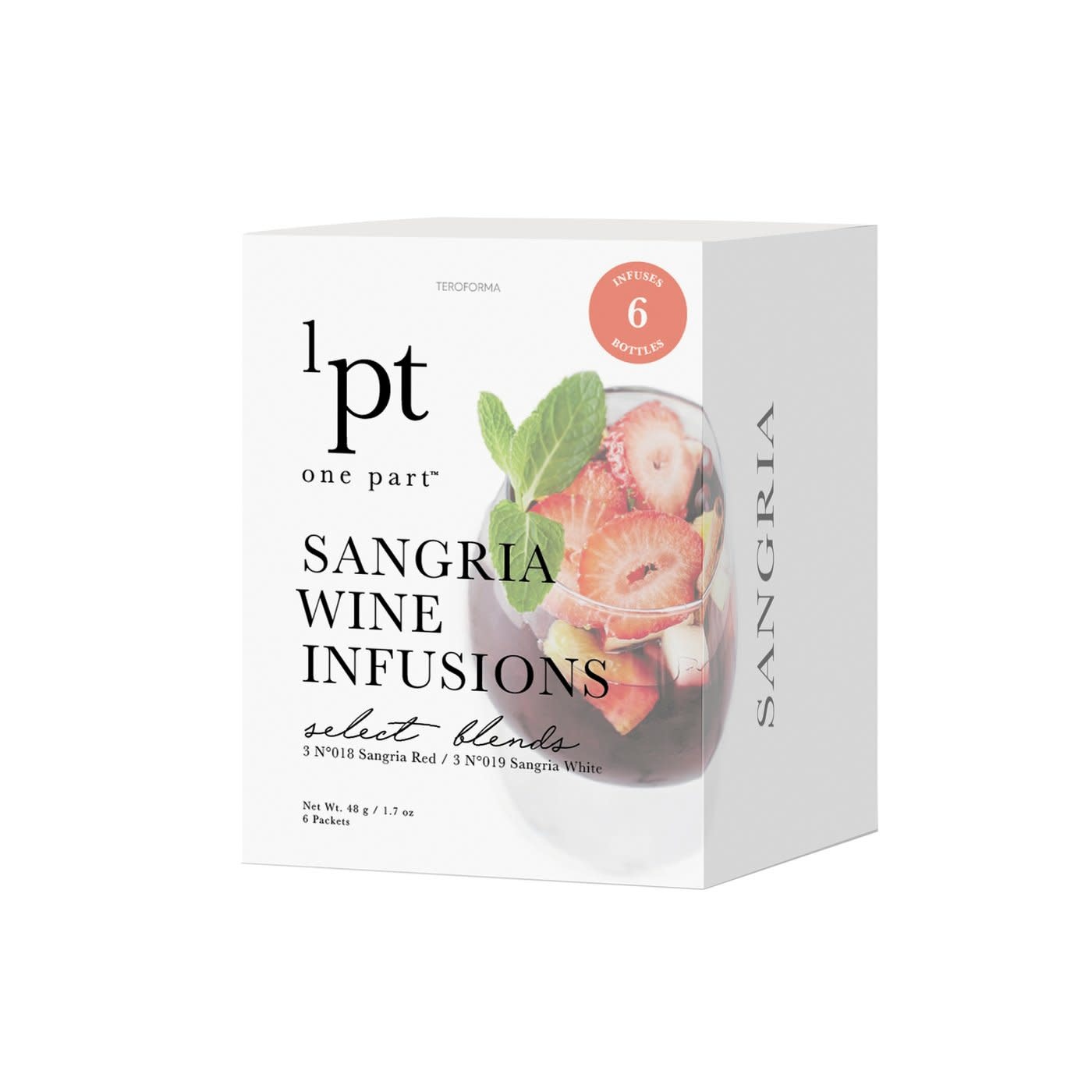 Pack Notes: Named for the Spanish version, Sangria is a traditional wine punch which has been popular in much of Europe for centuries. This special seasonal sangria pack combines traditions and ingredients to offer individual packets of Teroforma's Sangria Red and Sangria White infusions. Includes enough blend material to infuse six full standard-size bottles of wine, 3 red and 3 white, in under 3 hours – perfect for putting summer in a glass!

Flavours have been carefully constructed to complement rather than conquer the natural warmth of a bold red and the refreshing sparkle of a fruit-forward white.

Sangria Red: First made famous in the US at the 1964 World’s Fair, traditional Sangria is made from red wine, fresh fruit, juice, soda water, and sometimes a dram of fortifying brandy. This 1pt blend provides a subtle, gourmet spice base that amplifies fruit flavours and offers a bit of depth and complexity. Best infused in a full-bodied red wine.

Sangria White: Sangria Blanco is anything but new. Credited with inspiring the famous sparkling wine of the Cava region of Spain, the focus for White Sangria has always been floral, herbaceous, and botanical flavour notes. This 1pt blend echoes those characteristics to deliver a lighter, breezier alternative to the classic Red. Best infused in a fruit-forward white wine.